The film that won top prize in the 2007 worldwide competition, the Commonwealth Vision Awards.
‘Free Energy’ is a short film that promotes the use of solar energy in South Africa.
Shot in the township of Khayelitsha in Cape Town with local people, this film carries an inspiring message about sustainability.
Directed and produced by Jacqueline van Meygaarden 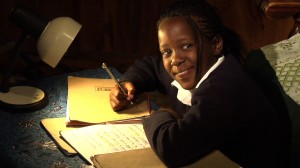