The Cape SA Jewish Board of Deputies hosts a conference every year to address different issues and themes within the community. In September 2014, they hosted the Citizen Cohen Conference in Cape Town. 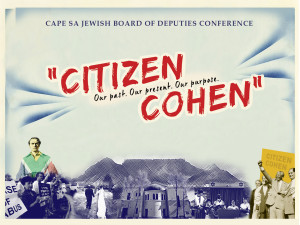