Joyce’s Choices goes on Tour to the Eastern Cape! 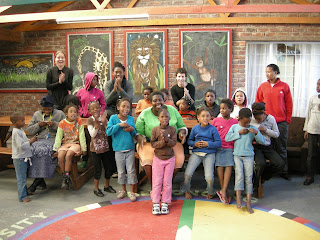 On August 23rd, a small committed team set out from Cape Town to take Joyce’s Choices (an innovative, interactive and high-quality performance) on a school tour! Reaching this point had taken months and months of hard work, preparation and determination. As we pulled out of Cape Town heading up the N2, Joyce was on her way to being introduced to learners at a variety of schools between Knysna and Port Elizabeth.

On the 23rd though, the number of performances was still uncertain because of the national strike underway…teachers were striking all over and many schools were uncertain about the week ahead. Principals were concerned about the possibility of intimidation and having to close schools completely. Even so, we set out with 3 confirmed performances, trusting that other performance opportunities would emerge as we travelled. We were right, when the week ended we had given 5 performances! Joyce, Nandi and Greg had met over 600 learners! 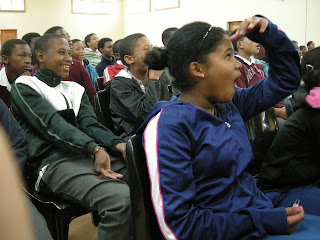 Each performance was unique because the environment and the audience gave the experience its own flavour. Our first performance took place in Kwanokuthula, a township just outside of Plettenberg Bay. We performed for mixed age group of 26 children residing at the Masizame Child and Youth Care Centre. The audience comprised of children between the ages of 7 and 15…their response to the performance was one of delight and for most of them it was the first time they were seeing a show with a puppet. They shrieked with delight when Joyce made her first appearance on stage. Fundi’s sudden appearance from the TV for the game show “It’s your choice” brought even more excitement! Throughout the show, the audience was engaged in what was happening. 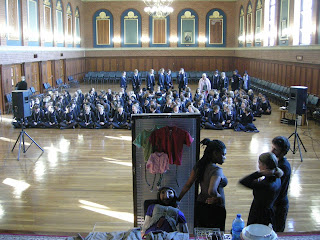 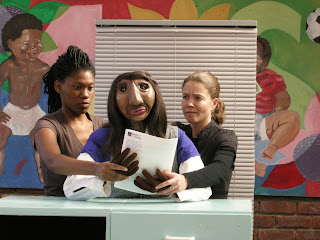 Four of the performances from our first week on tour were followed by a workshop. This was an exciting space where audience members were asked to reflect on the content of the play and to imagine a world that they wanted to live in one day. It was amazing for all of us to see the future which many of the young people were longing for! Their futures were filled with restored natural environments and complex technologies to address the imact of climate and human needs. They were creative, inspiring and complex. Once the workshop participants had created their imagined worlds, we asked them to identify the specific actions they could take in their lives to begin to create a world they wanted to live in. This brought the discussion back into the present…again we were continuously reminded of the resourcefulness and resilience of young people to tackle the challenges they will have to face in their future!

More news to follow about the second leg of the tour at schools in and around Cape Town!

One Response to Joyce’s Choices goes on Tour to the Eastern Cape!