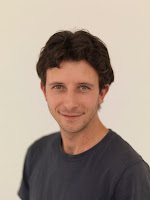 Not only am I a producer and performer for Theatre for Change, but I work for Project 90 by 2030, our main partner organisation. Since last year I took on the role as the Project 90 Cape Town Clubs Coordinator. I’ve been involved in creating and teaming up with clubs in 10 schools to create a network of core clubs in Cape Town. Our aim is help each school reduce their carbon footprint by 10% each year. We also have club hubs which are not part of the core club network but use the framework to create clubs in schools and organisations nationwide.

The best thing about working for Project 90 and being a theatre creator, is that i’ve been able to merge my interests and passions together to create work I truly enjoy. The idea for Theatre for Change was born last year when a friend and colleague, Robert Zipplies, embarked on a ‘Crazy Ass’ journey across the country from Cape Town to Durban on an electric bike to help raise awareness about Climate Change, aptly called the Cycle Challenge 2009. Andrea and I joined Rob on his epic journey and saw the value in taking a climate change themed theatre show on tour around schools in the Eastern and Western Cape. Six months later, a outstanding team comprising of Cosmos Productions, Project 90 by 2030 and a highly skilled intern from France, are taking Paraphernalia and Joyce’s Choices on a 20 day tour. Shap!